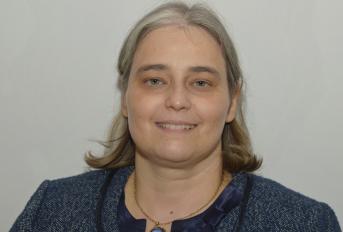 The “New England Journal of Medicine” published the primary outcome results of the MINDACT study. This breakthrough clinical trial is an example of international, academic, and multi-disciplinary leadership and achievement in breast cancer research. It is also a clear illustration of an integrated public, private and patient group collaboration.

The MINDACT trial results provide the highest level of evidence that using the 70-gene test (Mammaprint®) could change clinical practice by substantially de-escalating the use of adjuvant chemotherapy and sparing many patients a treatment that may cause toxicities, and will offer no to very little benefit.

MINDACT stands for “Microarray In Node negative and 1 to 3 positive lymph node Disease may Avoid ChemoTherapy”. In summary, MINDACT provides evidence from a large-scale, prospective, randomised, controlled phase III international clinical trial for the value of integrating the 70-gene test (MammaPrint®) into clinical practice, which can now be considered in early breast cancer.

The aim of MINDACT – which enrolled 6693 breast cancer patients from 112 hospitals across 9 European countries – was to evaluate the added value of a test of 70 gene test (Mammaprint®) to the traditional method of assessing the likelihood of breast cancer recurrence for women with node-negative or 1-to-3 node positive breast cancer. The study results can help oncologists decide which of these patients will be able to safely avoid chemotherapy and the side effects that come with it. Future research using the study’s biological sample collection can also contribute to a much deeper understanding of breast cancer and how to continue to improve treatment in the future.

Background: The 70-gene signature test (MammaPrint) has been shown to improve prediction of clinical outcome in women with early-stage breast cancer. We sought to provide prospective evidence of the clinical utility of the addition of the 70-gene signature to standard clinical–pathological criteria in selecting patients for adjuvant chemotherapy.

Methods: In this randomized, phase 3 study, we enrolled 6693 women with early-stage breast cancer and determined their genomic risk (using the 70-gene signature) and their clinical risk (using a modified version of Adjuvant! Online). Women at low clinical and genomic risk did not receive chemotherapy, whereas those at high clinical and genomic risk did receive such therapy. In patients with discordant risk results, either the genomic risk or the clinical risk was used to determine the use of chemotherapy. The primary goal was to assess whether, among patients with high-risk clinical features and a low-risk gene-expression profile who did not receive chemotherapy, the lower boundary of the 95% confidence interval for the rate of 5-year survival without distant metastasis would be 92% (i.e., the noninferiority boundary) or higher.
Results: A total of 1550 patients (23.2%) were deemed to be at high clinical risk and low genomic risk. At 5 years, the rate of survival without distant metastasis in this group was 94.7% (95% confidence interval, 92.5 to 96.2) among those not receiving chemotherapy. The absolute difference in this survival rate between these patients and those who received chemotherapy was 1.5 percentage points, with the rate being lower without chemotherapy. Similar rates of survival without distant metastasis were reported in the subgroup of patients who had estrogen-receptor–positive, human epidermal growth factor receptor 2–negative, and either node-negative or node-positive disease.

Conclusions: Among women with early-stage breast cancer who were at high clinical risk and low genomic risk for recurrence, the receipt of no chemotherapy on the basis of the 70-gene signature led to a 5-year rate of survival without distant metastasis that was 1.5 percentage points lower than the rate with chemotherapy. Given these findings, approximately 46% of women with breast cancer who are at high clinical risk might not require chemotherapy. (Funded by the European Commission Sixth Framework Program and others; ClinicalTrials.gov number, NCT00433589; EudraCT number, 2005-002625-31.)