P-cadherin: a useful biomarker for axillary-based breast cancer decisions in the clinical practice

P-cadherin: a useful biomarker for axillary-based breast cancer decisions in the clinical practice 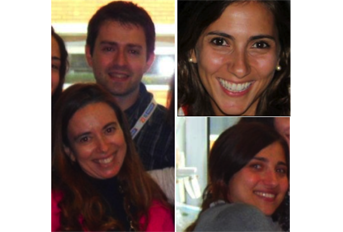 A research team from i3S/Ipatimup found that the analysis of the stem cell marker P-cadherin in metastasized lymph nodes of breast cancer allows for a better stratification of the overall survival and disease free survival of patients. Specifically, P-cadherin was more effective in this stratification than the classical stem cell markers CD44 and Cd49f, being the gain of P-cadherin in metastasized lymph nodes (vs. primary tumor) is associated with more aggressive disease. This study was conducted by the EPIC group (Epithelial interactions in cancer) under the supervision of Joana Paredes and had the collaboration of Centro Hospitalar de Lisboa Norte, do Centro Hospitalar Universitário de Vigo and Hospital de S. João.

*These authors equally contributed to this work.

Axillary lymph node metastases represent the most powerful breast cancer prognostic factor, dictating disease staging and clinical therapeutic decisions. Nonetheless, breast cancer patients with positive lymph nodes still exhibit a heterogeneous behavior regarding disease progression. Stem-like subpopulations of cancer cells show high migratory and metastatic capacity, thus we hypothesize that breast cancer stem cell markers evaluation in metastasized lymph nodes could provide a more accurate prediction of patient’s prognosis. Therefore, the expression profile of P-cadherin, CD44, and CD49f, which have been already associated to stem cell properties in breast cancer, has been evaluated by immunohistochemistry in a series of 135 primary tumors and matched axillary lymph node metastases from 135 breast cancer patients. Taking in consideration the expression of the stem cell markers only in axillary nodes, P-cadherin was the only biomarker significantly associated with poor disease-free and overall patient’s survival. Moreover, although a concordant expression between primary tumors and matched lymph nodes has been found in the majority of the cases, a small but significant percentage displayed divergent expression (18.2–26.2%). Remarkably, although CD44 and CD49f changes between primary tumors and lymph node metastasis did not impact survival, the cases that were positive for P-cadherin in lymph node metastases being negative in the primary tumor, presented the worst disease-free and overall survival of the whole series. Accordingly, negative cases for this marker in the lymph nodes with positive expression in the matched breast carcinoma demonstrated a better prognosis, which overlapped with tumors that were negative in both sites. P-cadherin and CD49f gain of expression was mainly found in triple-negative carcinomas. Our results indicate for the first time that the evaluation of P-cadherin expression in lymph node metastases is an important predictor of disease outcome, being a putative valuable marker for axillary-based breast cancer decisions in the clinical practice.