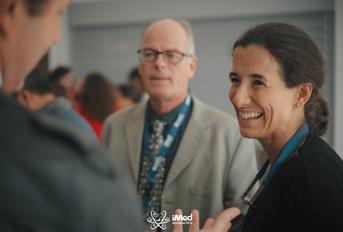 Objective: We aimed to characterize the activity of sunitinib, alone and with docetaxel, in untreated locally advanced or operable breast cancer and to uncover the mechanisms of response.

Results: Twelve patients were included. We detected primary resistance to sunitinib in the upfront window in untreated breast cancer, as evidenced by four non-responding patients. At surgery, five patients had viable tumor in the breast and axilla, four had viable tumor cells in the breast alone and three were taken off study and thus not evaluated, due to unacceptable toxicity. Early functional imaging was useful in predicting response. There were no clinical complete responses. Comparison of tumor gene expression profiling data between early responders and non-responders allowed us to identify the up-regulation of VEGF and angiogenic pathways in non-responders. Specifically, in tumors resistant to single-agent sunitinib we detected a transcriptional response to hypoxia characterized by over-expression of several HIF1α target genes.

Conclusion: In this report of single-agent sunitinib treatment in untreated localized breast cancer patients, we found evidence of primary resistance to sunitinib, likely mediated by up-regulation of hypoxia responsive genes.