Healthcare use and costs in early breast cancer

Healthcare use and costs in early breast cancer 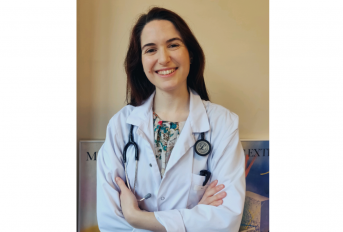 We included 703 women with early breast cancer, newly diagnosed, admitted in 2012 to the Portuguese Institute of Oncology in Porto, who were prospectively followed in the NEON-BC cohort.

Most patients had the hormone receptor subtype-positive / HER2−negative subtype (about three quarters), followed by HER2-positive (16%) and triple-negative (8%). We found that the median cost of treatment was €10 540 / patient in the hormone receptor-positive / HER2−negative subtype, €11 224 / patient in the triple-negative and four times higher among patients with HER2-positive tumors (€41 513 / patient).

These results provide information for the economic assessment of innovative treatments for early breast cancer and highlight the weight that targeted systemic therapy may have on the overall cost of treatment among patients with early breast cancer.

Methods: Women with newly diagnosed stage I–III breast cancer, admitted in 2012 to a Portuguese cancer centre were prospectively followed within the NEON-BC cohort. The use of health resources was obtained from each patient’s clinical and administrative records and costs were computed. Tumours were classified into the classic subtypes (hormone receptor-positive (HR+)/HER2−; HER2-positive (HER2+); triple-negative breast cancer (TNBC)) and surrogate intrinsic subtypes (luminal A-like; luminal B-like; HER2 enriched; basal like).