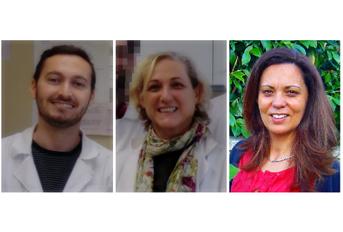 
Osteosarcoma chemotherapy is often limited by chemoresistance, resulting in poor prognosis. Combined chemotherapy could therefore be used to prevent resistance to chemotherapeutics. Here, the effects of fisetin on osteosarcoma cells were investigated, as well as cytostatic potential in combination with the anticancer drug etoposide. For this, different osteosarcoma cell lines were treated with fisetin, with etoposide and with respective combinations. Fisetin was associated with decrease in colony formation in Saos-2 and in U2OS cells but not in MG-63 cells. Notwithstanding, upon evaluation of cellular growth by crystal violet assay, MG-63 and Saos-2 cells showed decreased cell proliferation at 40 and 20 µM fisetin respectively. Depending on the relative concentrations, fisetin:etoposide combinations showed negative to positive interactions on the inhibition of cell proliferation. Additionally, fisetin treatment up to 50 µM for 48h resulted in G2-phase cell cycle arrest. Regardless of the combination, fisetin:etoposide increased % cells in G2-phase and decreased % cells in G1-phase. Also, mixtures with more positive combined effects induced increased % cells in S-phase. Compared to etoposide treatment, these combinations resulted in decreased levels of cyclins B1 and E1, pointing to the role of these regulators in fisetin-induced cell cycle arrest. In conclusion, these results show that the combination of fisetin with etoposide has higher anti-proliferative effects in osteosarcoma associated with cell cycle arrest, allowing the use of lower doses of the chemotherapeutic agent, which has important implications for osteosarcoma treatment.