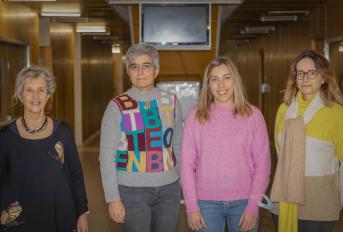 Prostate cancer (PCa) is the second most frequent cancer diagnosed in men worldwide. Among the common treatment options, photodynamic therapy (PDT) is being considered a promising local therapy to treat this cancer. Although PDT is an established treatment modality approved for several types of cancer, the low solubility, the reduced tumor selectivity, the absorption in the therapeutic window and the poor clearance from the body of the currently approved photosensitizers (PS) hampers its wide clinical application. In this regard, herein we synthesized three fluorinated porphyrinoid derivatives and entrapped them into polyvinylpyrrolidone (PVP) to prevent their aggregation and preserve their desirable photophysical properties under the physiological environment. In vitro studies revealed the negligible dark cytotoxicity of all PVP formulations (PS1@PVP, PS2@PVP and PS3@PVP) at the tested concentrations (5.0 to 20 μM), but also confirmed the significant photodynamic effect of PS2@PVP and PS3@PVP towards the PCa cell line PC-3, upon red light irradiation at an irradiance of 17.6 mW.cm−2. To provide insight into the underlying mechanisms of cell death under PDT treatment induced by PS2@PVP and PS3@PVP, their intracellular localization in PC-3 cells was firstly investigated by confocal microscopy. Since both PS2@PVP and PS3@PVP nanoparticles were mainly localized in mitochondria, the involvement of this organelle in PDT-induced apoptosis mediated by both formulations was further explored. Western blot analysis revealed that PDT treatment of PC-3 cells with either PS2@PVP or PS3@PVP resulted in the reduction of the expression level of the anti-apoptotic protein Bcl-2. As the photodamage to Bcl-2 after PDT with PS2@PVP and PS3@PVP was accompanied by the further activation of pro-caspase-3, we assumed that upon irradiation the photogenerated reactive oxygen species (ROS) were able to activate a caspase-dependent apoptotic response as a consequence of a post-mitochondrial event. Taken together, these findings demonstrate that among the tested fluorinated porphyrinoids, PS2@PVP and, particularly, PS3@PVP, are significantly more effective in overall PC-3 cell killing than PS1@PVP, thus highlighting their great potential as therapeutic agents for PCa.